Sub-project A1 is concerned with graph-based modeling of mobile network topologies and their dynamics.

By patterns and anti-patterns we mean constellations of devices that are known to be suboptimal according to a certain metric (number of connections, device energy consumption,...).

Example: In a first approach, we have implemented the topology control algorithm kTC with our graph transformation tool eMoflon. The targeted anti-pattern of kTC is a triangle, where one connection/edge is (considerably) more expensive than the other two edges. Since messages can still be routed over the two shorter edges, the most costly connection can be deactivated, leading to battery savings for the user on the right-hand side. 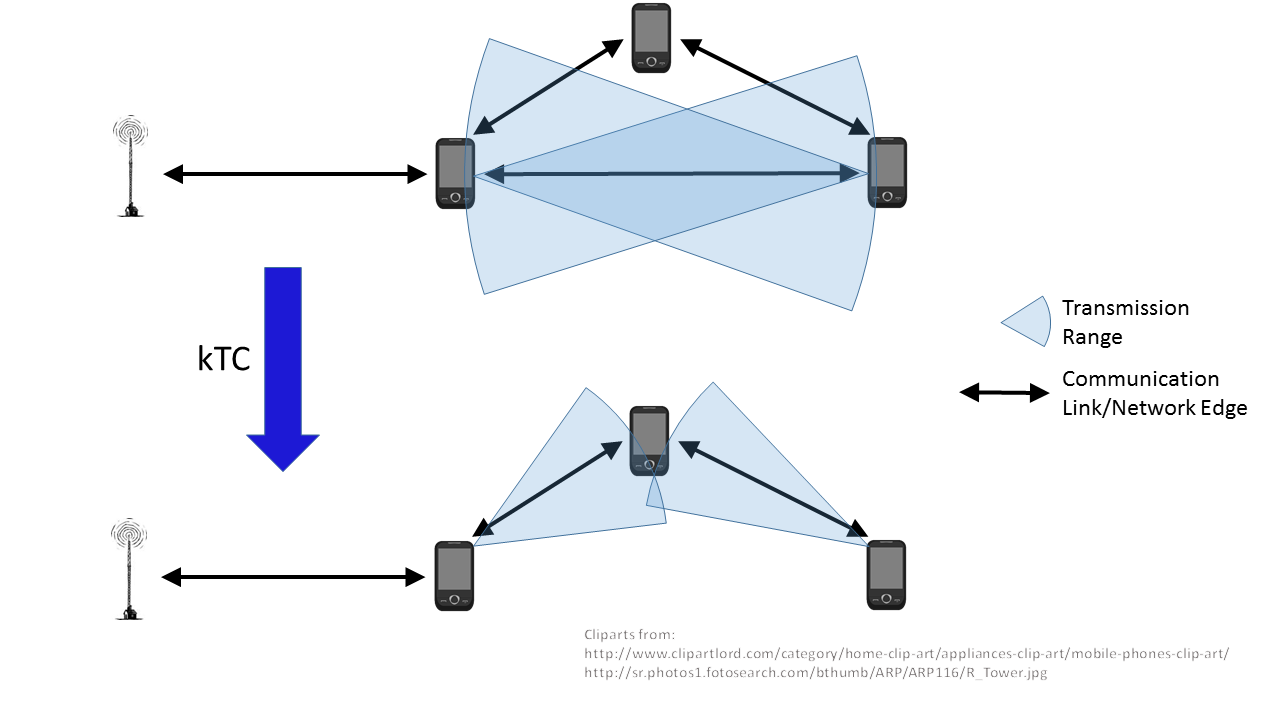 For more information on the sub-project, please visit the official sub-project site of A1.

Sub-project A4 investigates mechanisms for transitions that enable reactive self-healing as well as proactive self-optimization within self-adaptive communication systemsand their applications.

In cooperation with the Chair of Information Systems II at the University of Mannheim, we develop a methodology for model-based design of the system’s reconfiguration behavior as well as a runtime environment (middleware) for the coordination of triggering and execution of cross-application and cross-layer coexisting mechanisms for transitions. A Knowledge component as known from the MAPE-K model provides the runtime models.

The Real-time Systems Lab is responsible to establish a variability specification to describe the possible reconfiguration behavior of the monitoring framework. Concepts from the domain of Dynamic Software Product lines help specifying variability in a constraint model.

For more information on the sub-project, please visit the official sub-project site of A4.